Home / News / Do you know the history of screws, screws, and screws?

Do you know the history of screws, screws, and screws?

The Greek mathematician Alkutas once described the prin […]

The Greek mathematician Alkutas once described the principle of screws, screws, and screws. In the first century AD, the Mediterranean world has begun to use wood screws, screws, and screws in screw presses, which can press olive oil from olives, or squeeze juice from grapes to make wine. Before the fifteenth century, metal screws, screws, and screws were rarely used as fasteners in Europe.
Rybczynski (Rybczynski) proved that hand-held screwdrivers, screwdrivers have existed in the Middle Ages (at the latest 1580 AD), but it was not until the eighteenth century that they cooperated with the commercialization of threaded fasteners and began to be widely used .
Before threaded fasteners were widely used, there were many different fastening methods. Mostly it is related to woodworking and forging, rather than mechanical processing. The concepts used are like dowels and pins, wedges, mortises, dovetails, nails, forging and welding, and other things tied together with leather or fiber. Before the middle of the nineteenth century, cotter pins, pin bolts or rivets were used for shipbuilding. There were also adhesives at that time, but there were not as many types as in modern times.
In the eighteenth century, there were machine tools that could mass produce screws, screws, and screws. Metal screws, screws, and screws became commonly used fasteners. This technology was developed in the 1760s and 1770s, following two separate processes. Ways, but quickly merged: wood screws, screws, screws (metal screws, screws, screws used in wood fixing) are processed by single-purpose, high-yield machine tools, and low-volume, mold-shop production V thread machine screws, screws, screws, you can choose a variety of different pitches.
The first process method mentioned above was first proposed by the brothers Job and William Wyatt of Staffordshire, England. They applied for a patent in 1760, which can be called a screw at most. The screw, the early version of the screw machine, uses a lead screw to guide the cutting blade to produce the required pitch. The screw groove is produced by a rotary file, and the spindle was stationary at that time. It wasn't until 1776 that they built the first woodworking screw, screw, and screw factory, and started operating. Their business failed, but the new owner’s operations improved. In the 1780s, 16,000 screws, screws, and screws were produced a day, requiring only 30 workers. The productivity and capacity of this industrial production is the current industry standard, but It was a revolutionary breakthrough.
At the same time, the British tool maker Jesse Ramsdon (1735–1800) was also engaged in tool and die work, and encountered the problem of screw, screw, screw cutting. In 1777, he invented the first satisfactory machine. Screw lathe. British engineer Henry Mozley (1771–1831) was famous for popularizing this technology with his screw lathes. The screw lathes used were 1797 and 1800 lathes, including lead screws, sliding seats, and variable gears. The gear sets are all standard ratios for industrial production. He unified the methods of producing screws, screws, and screws by the Whitney Brothers and Ramsdon, and used the methods already in the production of woodworking screws, screws, and screws to produce mechanical screws, screws, and screws, which stimulated the commercialization of production. His company is still the leading brand of machine tools ten years later. The Scottish engineer James Nasmith misrepresented that Mozley "invented" the sliding seat. This was incorrect. Mozley made the lathe popularized. 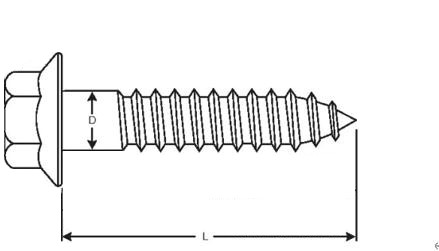 0
PREV: How much do you know about the detailed overview of screws?      NEXT: Standard specifications for screws?